“I got so involved in thinking about world-brotherhood colonies last night that my mind got away from me. But I chanted a little, and it came back.”
— Paramhansa Yogananda during a public lecture (quoted in The Path: My Life With Paramhansa Yogananda, by Swami Kriyananda)

Why is SRF Suppressing Yogananda’s Teachings About Spiritual Communities?

“We must go on—not only those who are here, but thousands of youths must go North, South, East and West to cover the earth with little colonies, demonstrating that simplicity of living plus high thinking lead to the greatest happiness!”

—Paramhansa Yogananda, quoted in The Path

Few people alive today know the passion and enthusiasm that Yogananda expressed for small spiritual communities, or world brotherhood colonies, as he called them. But according to disciples who lived and worked closely with him, Yogananda spoke with vigor about the urgent need for spiritual communities, from his early years in America to until his passing in 1952.

He wrote about communities in Autobiography of a Yogi. But all reference to them was removed by SRF later. SRF also removed colonies from Yogananda’s Aims and Ideals at about this same time.

When asked why, SRF’s official response is that Yogananda changed his mind about colonies late in life.

However, no one can be found who can verify SRF’s claim, made by a handful of SRF board members. Others who knew the great Master say his passionate commitment to communities remained unabated throughout his life. They ask why communities were removed from later editions of the Autobiography, when earlier editions, also published after his passing contained his words on colonies. If Yogananda himself had authorized these changes, why did SRF wait so long to make them? Could Yogananda’s lifetime of public and private enthusiasm evaporate so suddenly, with his wishes announced secretly to a select few?

Many of Yogananda’s direct disciples know that he did not change his mind about colonies. Why is SRF suppressing the great master’s teachings?

When today, hundreds of disciples of Yogananda are living in spiritual communities, inspired by his vision.

Read here what Yogananda said and wrote about communities—about his deep desire for people to gather together, buy land in the country, and live a simple life dedicated to God. Discover how his ideal has become a living reality for householder devotees of Yogananda around the world. 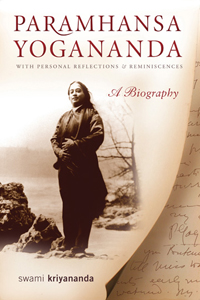 New. Recommended Reading for Those Wishing to Learn More About Ananda and Swami Kriyananda